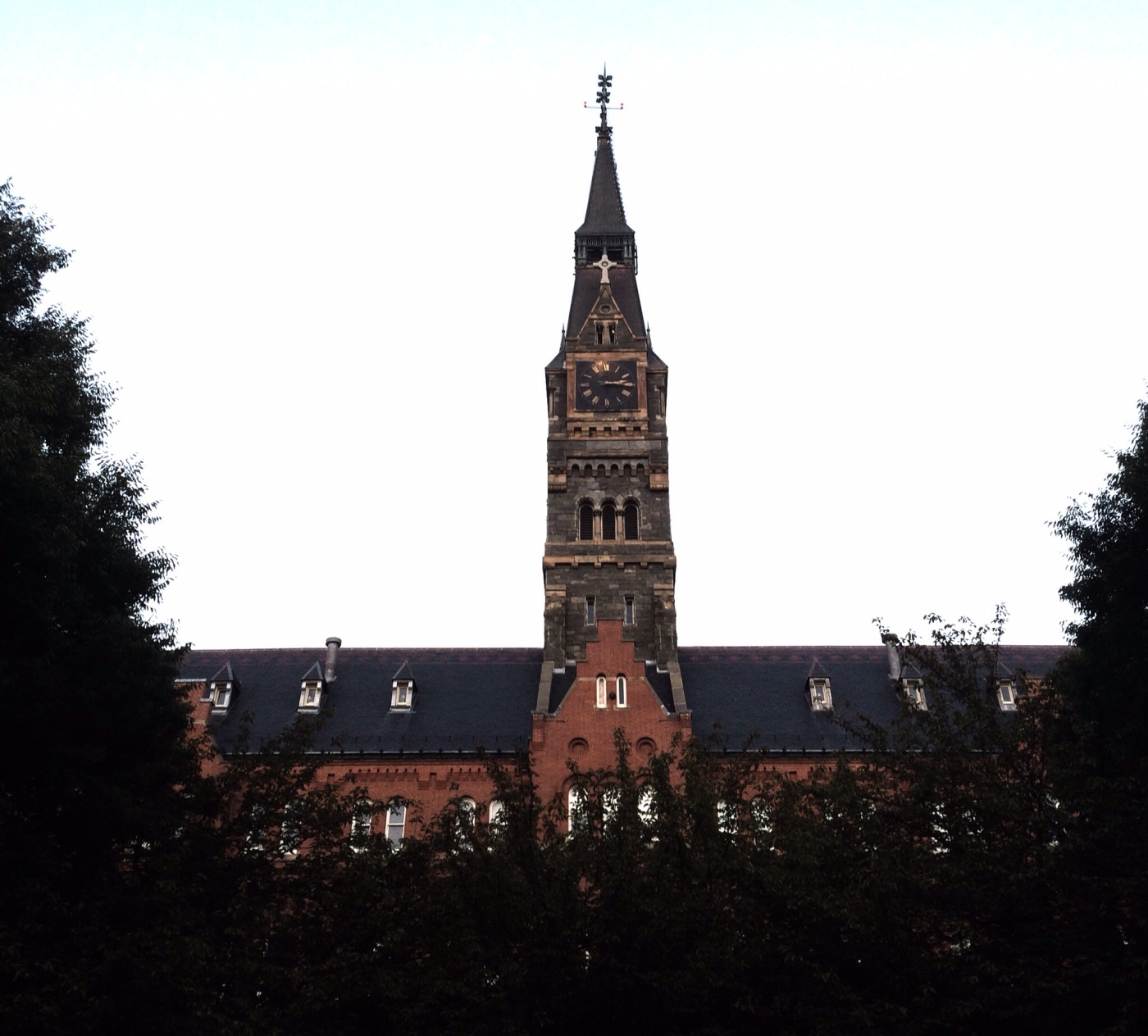 Here’s a fun challenge: take a stroll around Lafayette Square as the sunlight wanes, and peer into every uncovered window. There is a ghost in every single one of them. Everywhere in D.C. is haunted: Lafayette Square, Georgetown, the White House. And why shouldn’t the White House be haunted? Imagine all of the tragedies, injustices, and scandals that have plagued politicians who have stepped foot in the White House. So of course those ghosts would lurk in the nooks and crannies of the Oval Office. 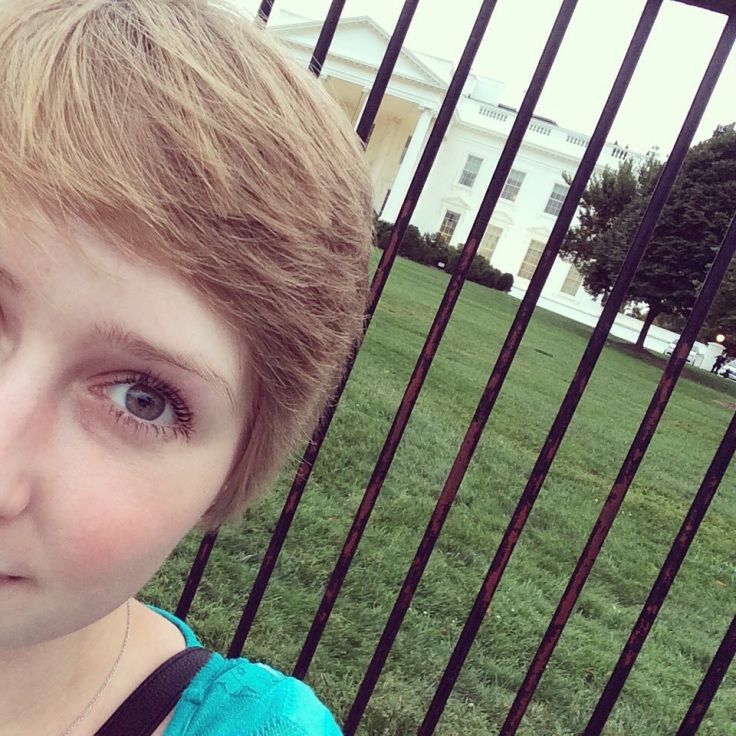 (The Obama family and I are close, personal friends. You just can’t tell by this picture.)

I don’t plan get into an argument over the existence of the supernatural. That can be interpreted many ways and is not the point of this post.

So when I say ghost, I mean a different ghost than the sheets floating around on Halloween or the vengeful spirits in horror films. Ghosts, by definition, are shades of the dead. Again, I won’t argue whether these shades are real or not. But the dead always leave behind a legacy, an imprint, of their lives. Whether this imprint exists in their lineage, their contributions, their photographs or families, etc. something of theirs remains with the living. 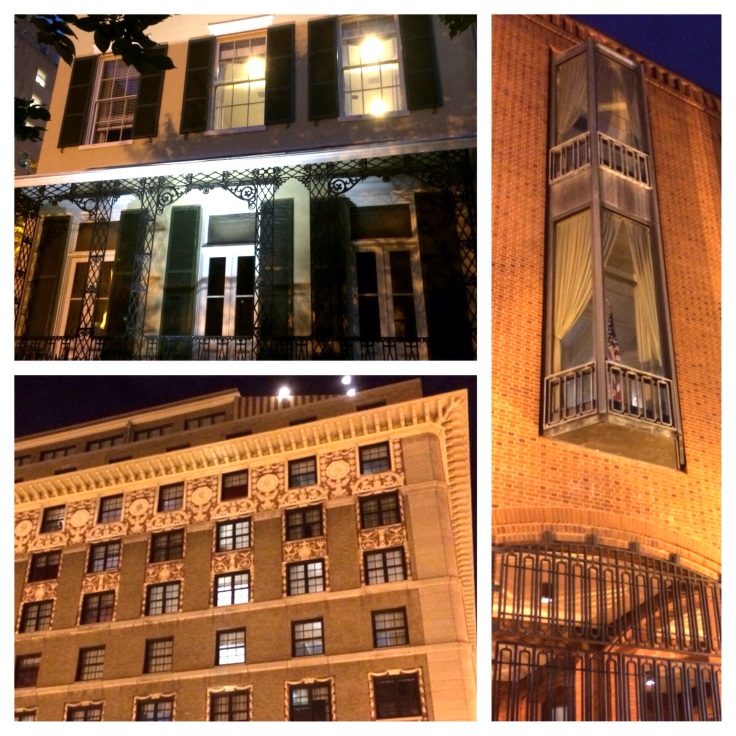 (Imagine seeing the faces hidden behind these panes.)

These are their ghosts.

These are their remnants.

These are their stories. 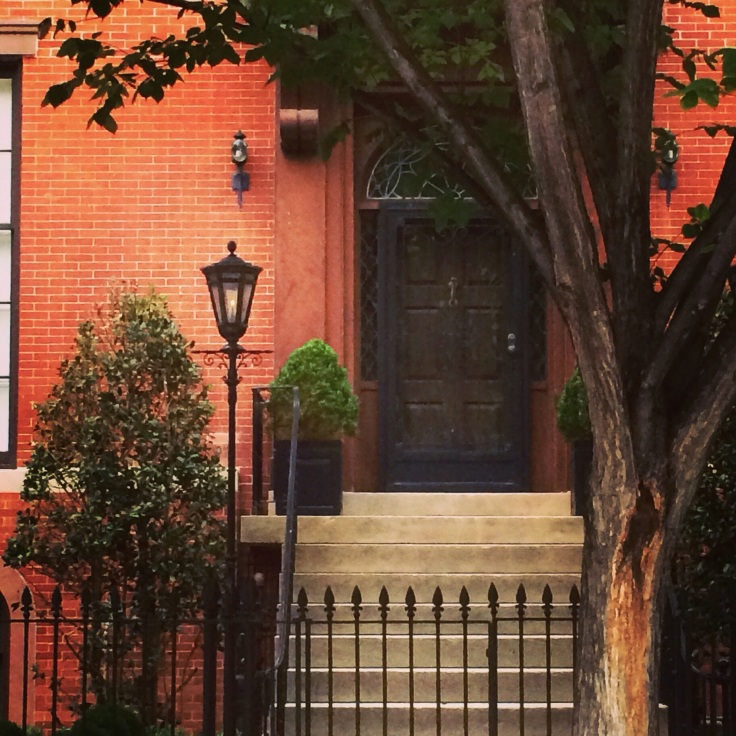 (Seriously every place I walk by looks beautiful, including the Blair-Lee House.)

One of the best realizations I’ve had in D.C. is that I am standing in the middle of history. The argument could be made that everything has history, and it’s true. We just don’t know what it is. Washington’s history, though, is the history of textbooks that we’ve been made to study in classrooms for years. This is a place of famous history, remembered history, and infamous history.

For instance, I can see a play anywhere, any time. But there’s something incredible about having tickets to see one performed at Ford’s Theater. It’s powerful, and rather eerie to sit yards from where Lincoln was shot and killed. Then to see the home of Major Rathbone, who was stabbed in his attempts to apprehend Booth in the moments following the assassination, lost his mind, possibly because he was haunted by the assassination, and attacked his children. When his wife tried to protect them, he shot and fatally stabbed her before stabbing himself multiple times, almost recreating the moment Booth had escaped that day. His family didn’t escape the scars, even once he was sent to a mental asylum to live out the rest of his life. His daughter broke down in the following years, and she, too, was sent to a mental asylum. 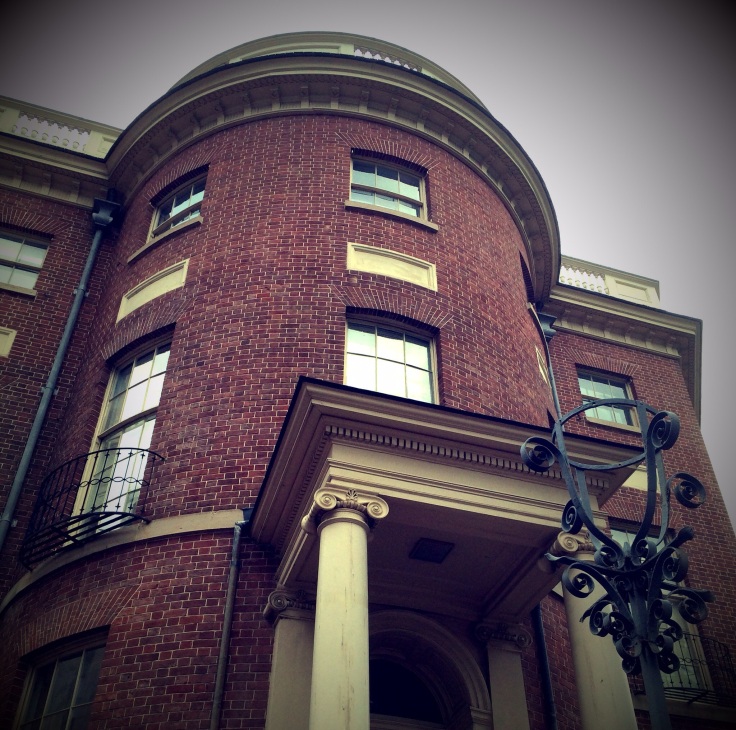 (The Octagon House may be one of the most haunted places in D.C. after surviving multiple tragedies and the devastations of war.)

Walking down the street and seeing the styles of architecture change is impressive in itself. Houses rich with history are preserved, kept carefully maintained so that their relevance is never lost. Like the Octagon House, owned by the Tayloes, where First Lady Dolley Madison found sanctuary when the British burned the White House during the War of 1812. She lit candles in the windows when she received news of the war’s end. However, the house has more dark history. Two of Tayloe’s daughters “tripped” and fell down the stairs to their deaths, only a few years apart. Perhaps this is coincidence, though I suspect murder. Supposedly, their apparitions haunt the second and third floor staircases and landings. The thuds of their falls can be heard during the nights, and one daughter still hums to herself as she forlornly wanders the house.

My academic course this semester is called Scandalous Washington, and our focus is to explore the history of political scandals, tragedies, and mysteries that have befallen the city since it was built. We’ve been able to tour several places thus far, but there are still so many stories to see. If it involved espionage, murder, suicide, slavery, scandals, or (best of all) hauntings, chances are we’ll discuss it and visit it this semester. The above stories are only some of the things we’ve studied in just two weeks of class.

But there’s so much more. Like the murder of Mary Pinchot Meyer that we discussed while walking down to Georgetown’s waterfront. She was killed in 1964 by two gunshots at point blank range. Which wouldn’t have been quite such a scandalous event, had she not been a popular socialite. Which still would have died down quickly, had she not been killed only a year after her lover, John F. Kennedy was shot in Dallas, Texas. Maybe she knew too much? Maybe it was a cover up? After all, her diary was never found.

Or The Exorcist stairs featured in the 1973 movie? We saw those, and the house where the story was set. They’re in Georgetown. I’ve never seen the movie, and, frankly, I don’t plan to, but the exorcism case of Roland Doe, on which the movie was based, was included in our class. Especially since the movie was filmed in part at the Catholic Georgetown University, (scandal!) which ordinarily would not acknowledge or condone the practice of exorcisms. 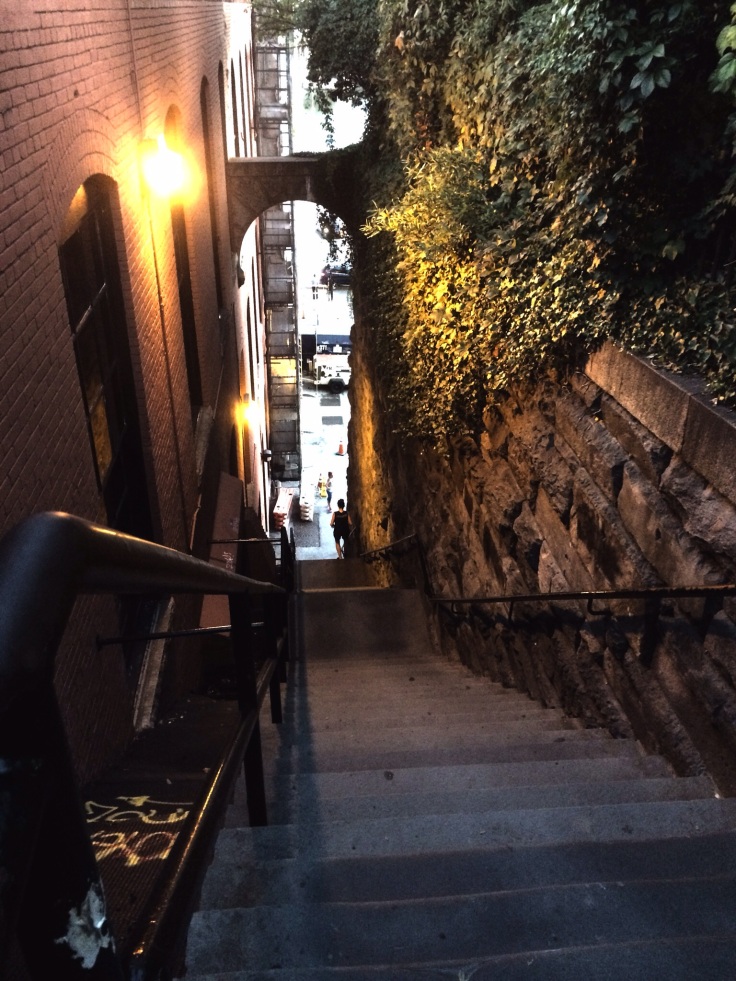 (Nowadays the stairs are used mostly for exercising, since they’re killer steep.)

Whether you believe you could actually glimpse the apparitions of Clara Rathbone, or the Tayloe girls, or even Dolley Madison, who apparently can be glimpsed in multiple locations all over D.C. since she didn’t party nearly enough while she was alive, their ghosts are still there. We remember their stories, no matter how horrible or tragic. We have allowed the ghosts of the past to stay in our thoughts and memories, because they were important in shaping our present. A ghost doesn’t have to be a tangible spirit. A ghost can be a memory; a ghost can be thought; a ghost can be an instant. 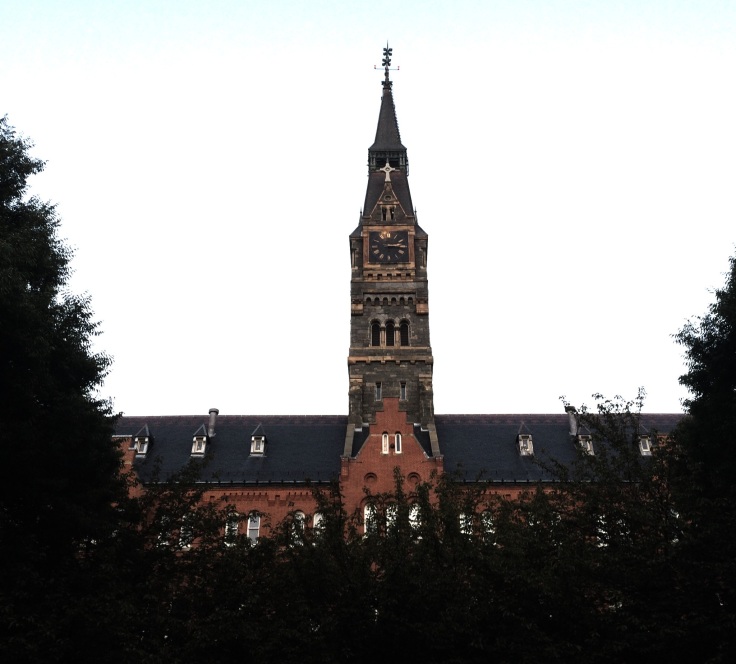 (The iconic clock tower of Healy Hall at Georgetown University, built circa 1879.)